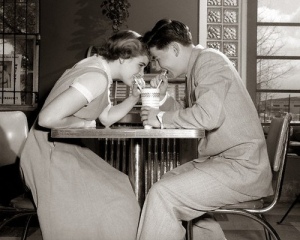 Marriage is indissoluble, an ontological reality for as long as both spouses are living. “What God hath joined together, let no man put asunder.” For Catholics, divorce is never an option for any reason. The rare exceptions of the “Pauline and Petrine privileges” pertain only to non-sacramental marriages with at least one unbaptized spouse.

What is popularly known as an annulment is not a divorce, but a “decree of nullity” – a juridical finding that a valid marriage never existed in the first place. For example, if one spouse was coerced by threats of violence, then true consent was absent and there was never a valid marriage. Nullity depends upon defects (e.g., lack of consent) present when the vows were made, not marital problems that developed later. The list of defects that traditionally render a putative marriage “null” is short and sweet:

(1) the male is not yet sixteen and/or the female is not yet fourteen at the time of the wedding; (2) the male is impotent, the female is frigid, or the marriage is never consummated; (3) either party is still involved in a marriage which is not properly dissolved; (4) a Catholic and an unbaptized person marry without a proper dispensation; (5) the male is a recipient of Holy Orders and is not personally dispensed by the pope; (6) either party who publicly vowed celibacy did not receive a dispensation to marry; (7) the female is forced to marry by means of abduction or confinement; (8) one party kills the other in order to enter a new marriage; (9) the parties are closely related by blood; (10) there is prior affinity between the parties such as a widowed person marrying the deceased spouse’s parent or child; (11) someone party to a common-law marriage later attempts marriage with the parent or child of the live-in partner; (12) a person marries a child or sibling he or she has adopted; (13) Catholics enter a marriage “lacking form” and, therefore, validity because it does not take place before an authorized priest and witnesses.

The Church has long been a fierce and uncompromising defender of the marital bond. Catholic martyrs have died for the truth of marital indissolubility. The entire world knows this, both within the Church and without. As a safeguard, the Church always presumed the validity of every publicly celebrated marriage, whether sacramental or merely natural. Proving invalidity was difficult, and in most cases a decision was made only after an exhaustive investigation. The doctrine of marital indissolubility, the presumption of validity, and the difficulty of proving nullity combined to make a powerful psychological effect. Spouses were encouraged to persevere in difficult marriages and, most importantly, children were protected from parental abandonment.

Tragically, this all came unraveled with the anthropocentric emphasis of the Second Vatican Council. The former annulment procedures were concerned exclusively with the objective reality of the marital bond. But the new orientation began to focus on the interests, convenience, and happiness of the discontented spouse or spouses. In the 1970s the procedures for filing for annulment were greatly simplified in the United States. Predictably, the number of annulments skyrocketed. It’s fair to assume that the same orientation that motivated these procedural changes also motivated the decisions of marriage tribunals.

A still more severe attack on marriage came with Canon 1095 of the 1983 Code of Canon Law, which states:

The following are incapable of contracting marriage: 1) those who lack the sufficient use of reason; 2) those who suffer from a grave defect of discretion of judgment concerning the essential matrimonial rights and duties mutually to be handed over and accepted; 3) those who are not able to assume the essential obligations of marriage for causes of a psychic nature.

This canon opened the floodgates. “Essential matrimonial rights and duties” and “essential obligations of marriage” could be interpreted as loosely as “the duty to be sensitive and understanding” or, in TOB-speak, “totally self-giving”. But the loophole most often exploited is the idea that defects “of a psychic nature” were present, though unknown, at the time of consent. A spouse who later became unfaithful or who abandoned the marriage could be said to have had, all along, a psychological fear of commitment. A spouse who later developed a drug addiction could be said to have had a secret “addictive personality”. A spouse who developed a mental illness could be said to have had a latent psychological condition. A spouse with inadequacies as a mother or father, or with chronic employment problems, or with unhealthy relationship patterns, etc., could easily be said to have been unable to “assume the essential obligations of marriage for causes of a psychic nature”. Examples could be multiplied ad infinitum.

But all of this human carnage was not enough to satisfy Pope Francis and his allies. The pope has, in the first place, publicly entertained the idea that fifty percent of all marriages are invalid, turning the traditional “presumption of validity” on its head. You can be sure that those who adjudicate annulment cases are paying attention. His latest Motu Proprio “Mitis Iudex Dominus Iesus”, or “The Lord Jesus, Merciful Judge” virtually eliminates any remaining obstacles for discontented spouses seeking a decree of nullity. The document suggests that signs of probable nullity include “defect of faith”, “a brief conjugal cohabitation”, “an abortion procured to avoid procreation”, an “extraconjugal relationship”, “grave contagious illness”, “incarcerations”, and “unexpected pregnancy of the woman” …. “etc”. That “etc” is found in the Motu Proprio at the end of this list, so as not to limit the justifications that might arise!

To summarize, marital indissolubility is no longer supported by Catholic ecclesiastical discipline. Read that line carefully. Anyone who seeks an annulment will almost certainly be granted an annulment. In the Age of Francis, a troubled marriage between two people afflicted with original sin is essentially presumed invalid.

Dear single Catholic, should you choose to enter the marriage state, you need to understand something: The Church no longer has your back. The Church will marry you but has lost the will to defend your marriage. As painful as this is to admit, you’re entirely on your own. You live in a time when marriage is hard, annulments are easy, and charity has grown cold. In some ways our own time is coming to resemble the early Church when, due to heavy persecution, little in the way of ecclesiastical discipline was possible, and heroic faith was expected of all. Nevertheless, take courage! If you marry, pray like your marriage depends entirely on God, because it truly does. Stay faithful to your marriage even if the Church doesn’t seem to care. Jesus Christ cares. Learn to love, forgive, and suffer like Jesus. Stay close to the sacraments. And please, choose wisely.

13 thoughts on “An open letter to single Catholics”