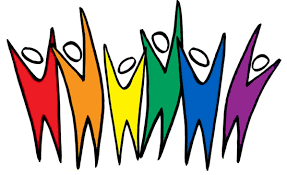 “I don’t know what else we can do”, said Vanessa Poltran, one of the university’s several Junior Assistant Diversity Officers. “We’ve advertised. We’ve promoted. We’ve spent millions. We’ve hired outstanding faculty members. But we still don’t have a single student choosing to major in LGBTQ Studies, despite the fact we’ve made it one of the easiest degrees to obtain. Most of those classes are required for other majors anyway.”

So why don’t students just take another 12 or 15 units and earn a double major? Latisha Miller, the university’s Director of Multicultural Awareness, complains that “the students are just ignoring us and going about their business. No one seems to want these degrees on their record.  It’s incredibly frustrating.”

Adalyn Reynolds, the campus Student Groups Coordinator, notes that even the creation of new student organizations, such as the “Women of Color Solidarity Union” and the “Alternative Sexualities Society” never really got off the ground, despite flashy new websites and the involvement of prominent faculty members.

University officials remark that several new informal, unapproved organizations seem to be thriving. “They are mostly of a religious nature, together with all of the exclusivity and intolerance that implies”, said Dr. Alexis Corina, who teaches classes on “Patriarchal Constructs” and “Religion, Tradition, and Social Control”. “Worst of all”, she explained, “they are cynically exploiting our ‘free speech zone’ for their own unauthorized agenda”.

Golden Hills University has also come under fire due to reports that its seven chess tables, located in the student quad, seem to be exclusively occupied by male students, which is potentially a violation of Title IX. According to an attorney representing several female students who speculate that they might, someday, like to use the chess tables as props for impromptu dramatic performances, “the tables are always occupied by male chess players who are oblivious to the existence of the other half of the human race”.  University officials have pledged to remove the tables if the gross inequality persists.

Finally, the university’s switch in 2017 to gender-neutral restrooms, dressing rooms, and showering facilities has been undermined by students who, on their own initiative, seem to have designated certain facilities for men and others for women. This unwritten code among students has resulted in continued gender segregation at Golden Hills, much to the consternation of university officials and state authorities.